Website
Our website revision has been going well.  There are many new sections, including a greatly expanded volunteer section.  A great thank you to Howard and Sarah for their work, without which this update would not have been possible. 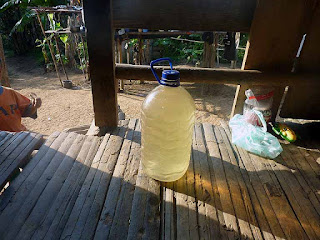 Daniel and Diane back in the village
I spoke briefly with Daniel tonight (April 26).  He said Diane was better and that they were back in the village.  However, the cell phone connection was terrible, and I was disconnected three times before giving up.
Posted by Benjamin Angulo at 8:26 PM No comments:

Sickness in the village, volunteer with fever in Leticia!

Diane sick with fever and recovering in Leticia
Thursday morning I received an email from Diane.  She has come down with a fever and she is staying in Leticia to recover.  Our hopes, thoughts and wishes are with her for a speedy recovery. 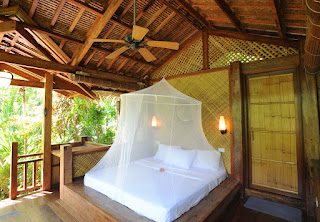 Village Healthcare Report
Diane and Daniel also sent their first report on the state of health of the villagers.  The message reinforced the need for a solution to the water contamination problems and the difficulty of changing the unhealthy sanitation habits of the people.

Here is their report:

From day one we have visited families in need of medical attention. Whilst Dani has been doing medical checks I have been taking notes and information and assisting.
32 children have been checked and treated daily . As well as 15 adults. The response to having a medical visitor was welcomed.

Children:
Many with the same symptoms of fever and diarrohea, we have seen several with severe breathing problems and chest infections, several with severe and mild skins infections. Unfortunately due to the severity of on child of four months old (high temp and diarrohea) he had to be sent to hospital thanks to a local social worker who was visiting that day.   The boy is currently being looked after in Leticia Hospital.
Its been overwhelming to see this number of sick children, the majority with the same symptoms. These cases are clearly linked to the unpurified water the children are consuming and or that of the mother they are feeding from as well as the clear hygiene problems.
When talking to the families about the problems of water and explaining clearly how to prevent/reduce unpurified water e.g boiling the water first. We tend to have the same response ‘yes, yes’ but the advice is not taken this has been evident on the fourth or fifth visits to many families when the children are in the same condition and the families have stated they have not done so, when asked there is little response. We continued to stress that these measures are  really important for their sick children.

We have had the opportunity to see how the majority of the villagers live by entering their houses and spending time with them on these visits. Its been alarming to see the dirtiness of the children, adults and living conditions. The children of the families we have visited have unwashed clothes which we have stressed causes illness too. The living conditions are inhospitable and its apparent this is linked to children regularly being ill with same problems.

The biggest observation which is evident to all volunteers entering the village is the large number of children with swollen bellies- a cause of parasites within their systems. 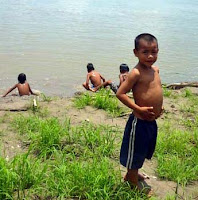 After speaking at the local meeting and speaking with families last week Dani gave a class to people interested in learning how to reduce illness by purifying water. 15 Adults attended the class as well as 13 children. We had hoped for more members particularly those in need of care however this was not the case. We hope to provide another class within on this next week.

Adults
Dani has provided medical care to 15 adults ranging from regular checkups to specific issues such as breathing problems and suspected parkinsons.
Further information will be available within our full report.

In terms of existing medical care this is lacking may people have stated a lack of knowledge of traditional medicines, this is currently being investigated with the Chamans in the village

At this stage we feel health care and the water is of the highest priority to La Libertad.

And on English Lessons

The English classes have been held daily for two hours and have been well attended by the children of La Libertad. Further information will be given in the full report.

Thank you Daniel and Diane for the exceptional work you are doing!

Posted by Benjamin Angulo at 8:51 PM No comments:

The UNITED NATIONS is visiting the village!!???

The Global Alliance for Clean Cookstoves may be visiting the village during the end of April.  This would be a great event for us! 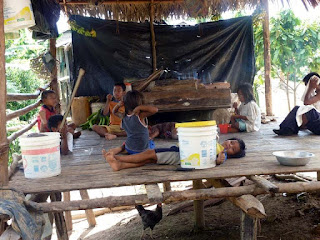 The Global Alliance for Clean Cookstoves was "launched by US Secretary of State Clinton" (yes Hillary!) "in 2010 at the Clinton Global Initiative, the Alliance is working to foster the adoption of clean cookstoves and fuels in 100 million households by 2020, improving the lives of many of the three billion people who cook every day on open fires and traditional stoves.  The Alliance Secretariat is hosted by the United Nations Foundation (www.unfoundation.org)." 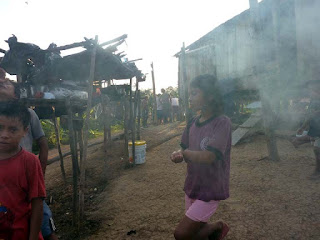 From the Amazon Pueblo Project Handbook:

Clean Cookstoves
We are partnered with the Global Alliance for Clean Cookstoves.  Their mission is: “To save lives, improve livelihoods, empower women, and combat climate change by creating a thriving global market for clean and efficient household cooking solutions.”
The people of La Libertad, mainly the women and children, spend a significant amount of time gathering firewood and tending cooking fires.  The smoke from these fires damages the health when inhaled and is irritating to the eyes.  Additionally the wood taken from the forest and burned inefficiently is contributing to the loss of habitat.
By finding affordable, efficient solutions (clean cookstoves), the environment of the kitchens, houses, and overall village can be greatly improved.

Daniel and Diane in the Jungle!

Daniel and Diane arrived in Leticia last Friday.  They sent me a message saying that they had contacted Gustavo and would meet him Saturday morning to buy supplies and get a boat to La Libertad.  They are staying in Felipe's travel hostel, which they said they enjoyed.  Daniel will be helping with the village health care and Diane will be continuing with the English program.

I hope to hear about their first week in the village during their next resupply in Leticia.  Buena suerte Daniel y Diane! 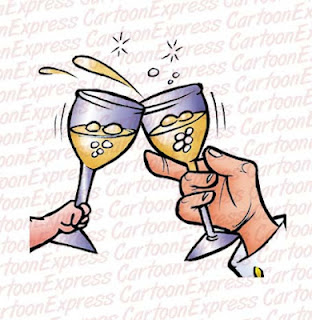 Posted by Benjamin Angulo at 5:38 PM No comments:

This week, and maybe into next, the website will be redesigned.  This will be in an effort to more clearly define our project's mission, goals, and strategies to accomplish these.

"Be clear about what you’re trying to accomplish as an organization – not only in terms of financial goals, but in a more three-dimensional way. What’s your purpose; what do you aspire to bring to the world? What kind of a culture do you want to create in order to do that?  … And then, once you’ve clarified your hoped-for future, consistently focus on keeping that vision top of mind and working together to achieve it."  Forbes contributor Erika Anderson 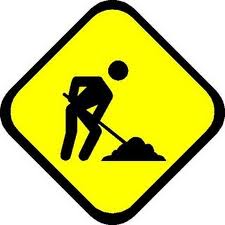 Posted by Benjamin Angulo at 9:23 AM No comments:

Howard and Sarah's Report, IN FULL!!

Here it is, all 26 pages!  Howard is still working on section 3, the Project Handbook.  A great analysis on the current state of the project, where we may want to go, and volunteer guides.  Of special interest is the table that prioritizes the needs of the village, including a cost/urgency comparison. 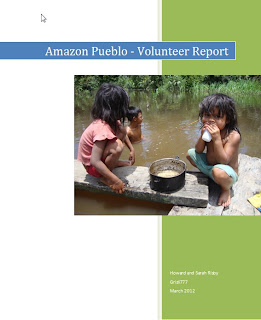 Click on the image to view the report.
From this report the project must make decisions on where to focus and what is most urgently needed, given available resources, with access to clean water being a top priority.