The year is coming to an end and we are having an emerald sale to support indigenous students of the Amazon!

Please take 10% off of the marked price.  I am returning to Colombia on Saturday, December 30, so all sales must be finalized by Friday the 29th, 2017.  All work is done in high-quality Colombian silver.  I bought most of these emeralds during my last trip to the emerald district in Bogota, Colombia.  Colombian emeralds are the finest in the world.

Are you interested in buying one (or more) of  our emeralds?  Send me a message!  benangulo@amazonpueblo.org

Happy Holidays from Amazon Pueblo!
Thank you to all of our friends and supporters during the past year.  It was difficult at times, but we are adapting our program and moving forward in 2018.  Fortune favors the bold.

@amazonpueblo.org email address
We have restarted using our domain name for email.  Our new newsletters will also use this domain.  The first example is: benangulo@amazonpueblo.org.  Try it out and send me a message.

Sponsor a Student program
For 2018 we have sponsors for 14 Amazonian students, six more than last year.  Four of the new students are from La Libertad.  One is from Leticia, and one is from Tabatinga, Brazil.  Tabatinga shares a border with Leticia.  That makes our Sponsor a Student program multinational!  If we find another sponsor for this year, we would like to enroll a student from Peru.  Do you want to sponsor a student?  There is still time, CLICK HERE!

Traffickers update
Our contacts in the village have said the narcotics traffickers have not returned to La Libertad.  The village has heard nothing from them since the police raided their compound and burned the coca fields in October.


Elections for a new village chief
The old village chief is being replaced (due to term limits) with a new chief.  The voting date is Sunday, December 24.  Hopefully a good leader will be chosen.


Late Christmas Dinner
I will return to the Amazon after the new year. When I am in the village we are planning a late Christmas dinner.  Thank you to all the people who donated on the Google One Today app!  Without their help the dinner would not be possible.


I hope to have the next update with the latest news towards the end of January.  Thank you for reading!
Posted by Benjamin Angulo at 11:26 PM No comments:

Posted by Benjamin Angulo at 5:24 PM No comments:

While my last post briefly mentioned our fariña plant, we now have a full report!

During 2017 the three most successful parts of our program were the student scholarships, community garden, and the fariña plant.  Here are the details of our work with the community which made the plant possible.


Yuca is called cassava in English.  Yuca, plantain, and fish make up the majority of the diet of the villagers.  Yuca is easy to grow in poor soil conditions, is drought resistant, and is an excellent source of carbohydrates.  However, it must be processed.  Unprocessed yuca contains traces of the toxin cyanide.  The yuca is either fermented, boiled, or roasted to remove the cyanide.

When yuca is ground and roasted it becomes fariña.  Fariña retains the nutritional benefits of the yuca and is good for months in storage (if kept dry in plastic bags).  Fariña may be produced in amounts of up to 500 pounds per producing family every six months.  It may then be used by the family, sold locally, or brought to the city of Leticia to be sold.


Here is a video from the first time we pressed the mash.  This was a historic event for the villagers.  There are five families (about 40 people) that use the yuca plant.


Thank you for reading about out project!

Please help us to continue our work on this Giving Tuesday, November 28.  We are trying to provide scholarships to at least six more students during 2018.  Anyone donating $100 or more will be able to sponsor (if they wish) a boy or girl from the village.

Sponsor a student, change a life! 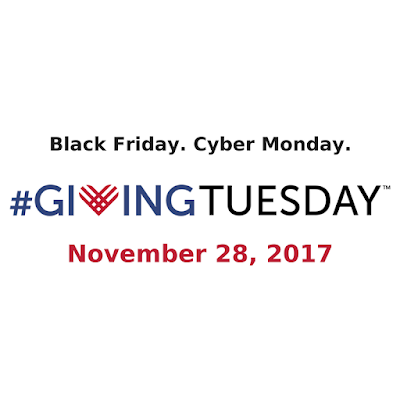 Posted by Benjamin Angulo at 9:28 PM No comments:

A lot has happened this year; we are going through much change, and change is good…

For the near future we are no longer sending volunteers to La Libertad.  Narcotics traffickers were living in La Libertad.  We also had problems with alcohol abuse incidents by some villagers that negatively affected our work.  In addition, the villagers wanted free services that we were not willing to provide.

This year I learned that narcotics traffickers (narcotraficantes) from Peru were growing coca (the plant from which cocaine is produced) very far in back of the village.  While I or other volunteers have never had any problems with these people, the possible danger they presented to our future guest could not be dismissed.  However, this problem may be solved.


Recent good news!  Our contact person in the village said that one month ago the Colombian National Police raided and burned the coca fields.  The narcos that had been living in La Libertad have fled the village.  I have confirmed this with other sources in the Amazonian capitol city of Leticia.  They did not capture any of the narcos (I believe they were tipped off by someone in the police/government).

Unfortunately, the only people they captured were 7 La Libertad villagers who were tending the fields (unfortunate for the villagers AND unfortunate that the people mainly responsible evaded capture).  One of the people they arrested was the father of one of the 8 children that we sponsor in the village.
At this time all villagers have returned to La Libertad.  I do not know what, if any, charges have been filed against them.

Alcohol abuse problems negatively affected the running of the programs.
When one of our project volunteers was with the boat, things went well.  But when we did not have a representative with the boat, irresponsible alcohol use led to unsafe travel conditions.  We did not want our boat to be involved in a river tragedy.  Additionally, the cultural use of alcohol in the village did not contribute to many of the goals of hard work, meeting goals, and sustainable practices which we hoped to achieve.

Because of these problems, we are now focusing on teaching sustainable business and person values to the youth.

In spite of no longer having volunteers live in the village, we are continuing to support the students of La Libertad with school scholarships. During the past year this was one of the most successful parts of our program. The kids were always great with us, always willing to help, and never complained (as some of the adults frequently did!).

We give support so the kids are able to stay in school, to learn values, and to learn about the principles of business and sustainability.  Our work is to help the upcoming generation make a positive, lasting change in La Libertad.


Hard Work in the Village

We did much work this year in the village. We built the new two-floor guest house and classroom, built a 39 foot wooden passenger and cargo boat, built and planted a community garden, gave scholarships to 8 students, hosted a 200 person Christmas dinner, planted 25 grafted cacao clone seedlings, and brought El Sena (the national technical training institute) into the village to teach the adults classes.

It was sad when we left. The kids did not understand why we had to go. Many of the adults, if they didn’t directly benefit from us, didn't care if we stayed. The adults that did care were powerless against the vocal minority of the people who seemed to be spiteful.


A New Partnership in the Jungle

One of the best things that happened after the problems in La Libertad is our new partnership with a nonprofit organization in Leticia.  They are called Funmi-roca (Fundacion Misionera De Refugio Y Orientacion Cristiana De La Amazonia.)

Funmi-roca is a Christian organization. They are very nice people. Their mission is very similar to ours. Funmi-roca supports education, character values development, leadership through sports, and sustainable business.  They are willing to go to La Libertad to provide services, but we have not yet made the introduction to the community.  They will allow us to have a year-round presence in the Amazon. They also have very good accounting (a dedicated Colombian accountant) practices and oversight.

To learn more about our new partner please visit their Facebook page, Funmi-roca.

Our Future in La Libertad

We are going to talk to the people of La Libertad when I return to the Amazon in January. The problems in the community were mainly due to me firing our boat pilot and banning people who were drunk (and illegally transporting alcohol) with the project's boat. This caused the guilty people to say bad things about the project (mainly that we were taking advantage of them). Then other villagers wanted us to give them free medication and free boat rides. We were not willing to do this. These problems, and the presence of the narcotics people in La Libertad, are the reasons why we no longer send volunteers to the village.

Before leaving the Amazon I spoke with a friend in Leticia who works in the indigenous community of San Francisco next to Puerto Nariño (2 hours upriver from La Libertad). He has had disagreements with the community 7 times in the last 9 years, each time resulting in his temporarily leaving. He said it is like being in a dysfunctional relationship!

While we did have problems with individuals in the community, we are not giving up.  We seek to do the best with the resources we have.  We seek a long-term solution to the problems of La Libertad.  We believe the solution which will allow us to reach our goals is through the education of the youth.

We will be having our yearly Giving Tuesday fundraiser on Facebook.  This will start at 8 am Tuesday morning on November 28.  Please visit us on our Facebook page to help support the indigenous youth of the Amazon, https://www.facebook.com/donate/1265165756961975/ 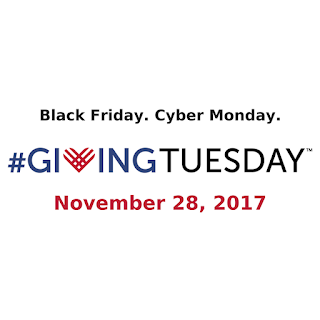 Posted by Benjamin Angulo at 11:01 AM No comments:

Attack of the skin-burrowing parasitic nigua: A post for Columbus Day

My first blog post in many months!  Much has been happening with the project, but I thought I would share an event that happened last Spring in the Amazon.  The topic, a very small parasitic insect in the flea family.

I was walking up the ramp-stairs to my neighbor's house when his children looked at my big toe in my sandaled foot.  They all stopped talking and looked at each other.  I though, "What's up with that?"  Then came the start of my education about the nigua, also know as Tunga penetrans.


First I asked around and found out that I had a parasite living in and feeding on the blood in my toe.  They called it a nigua.  They said it would grow larger and release larvae worms, which would then come out of my toe.  They said that I must dig it out with a needle.  I chose to cut it out with a scalpel, which was less painful and destructive to my skin.

Here are the pictures!


Click on the link to see what happens in untreated cases!

"The first European description (of Tunga Penetrans) was published in 1526 by Gonzalo Fernández de Oviedo y Valdés,[13] where he discussed the skin infection and its symptoms on crew members from Columbus’s Santa Maria after they were shipwrecked on Haiti.[14] Through ship routes and further expeditions, the chigoe flea was spread to the rest of the world, particularly to the rest of Latin America and Africa. Wikipedia

Just one more contribution by Columbus! Posted by Benjamin Angulo at 6:22 PM No comments: