I picked up Sarah J at the Portland Jetport on Christmas day.

On the ride back to Rockland we caught up with news of the Amazon and other travels.  We also discussed the fundraiser planned for the next day.  The weather channels had predicted near-blizzard conditions for, guess when, almost the exact time of our fundraiser!   We stayed up late Wednesday night stringing the guitar, checking the sound equipment, and cooking a delicious vegetarian stir-fry. 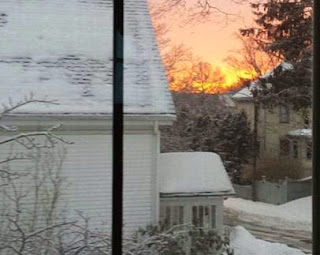 Upon awakening the “red sky at morning, sailors take warning” saying came to mind after looking at the sky.  Two friends joined us later in the morning to help us get ready for the event.  By noon the snow was falling and our friends (who had a long drive) had to leave.  “Maybe it would be only rain in the mid-coast”, I keep telling myself. 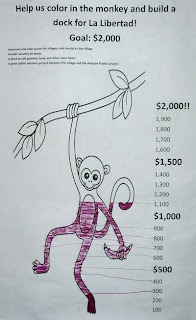 We also put together displays, organized handcrafts, and created the “Monkey Graph”.  This graph helped us to visually illustrate our fundraising goal.  We were attempting to raise $2,000 for a dock on the riverfront of La Libertad.  Why is this dock needed? 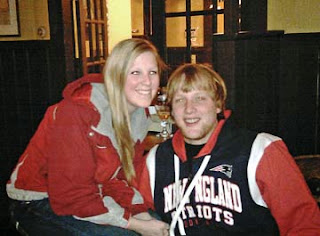 Sarah’s sister and her sister’s boyfriend joined us in the afternoon and helped us load the equipment.  At 5 pm we stuck off for the event (with a slight side trip to the hospital where Sarah played a Christmas carol for my grandmother).  On the ride over the snow was, as predicted, falling in a blizzard of intensity.  The driving was difficult, but possible with reduced speed. 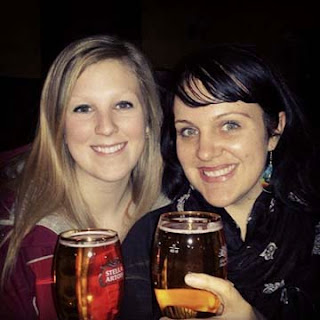 At last we arrived and set up.  In all about 50 people attend the event.  We had hoped for at least 100, but we were happy with anyone who fought the weather to help the project and enjoy Sarah’s wonderful playing and voice.  We spoke with people about the project, sold raffle tickets and handcrafts, and listened to music until about 9:00.  In all we raised $900.  Short of our $2,000 goal, but greatly appreciated! 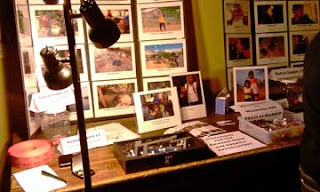 Thank you to all who helped with the event: Sarah J, Billy’s Tavern, Dianne, Lisa, Mark, Julie, Cassidy, George, and everyone who attended -whose support made this possible. 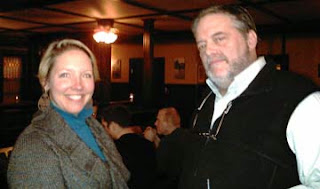 We hope to have Sarah back at the beginning of May for another fundraiser.  The next time we expect to have better weather!
Posted by Benjamin Angulo at 5:53 PM