A picture, a picture!! A photography workshop with the children of La Libertad

"What is that?", was a common question when I took the stuff out that I brought to La Libertad from my bag.. I can remember their faces and smiles.

As always, whenever I announced to the kids some art activity they were eager and active to join me. Their natural curiosity and desire to explore and learn drove them to participate. As the previous workshop about masks, this time wasn't an exception.  Two of the components of the activities I planned were a photography and a video workshop. During the days that I was in La Libertad I was really lucky, because there were no official classes at School.  The children had the time to participate in the workshops during the morning and in the afternoon each day. And of course they were the first to arrive to the class!! Even before me...

For photography I decided to use film cameras instead of digital cameras. Humidity was one of the reasons I preferred the old process. To get the cameras I asked my friends to lend me one, and I finally ended up with two. Ben sent me a good amount of color film cameras from the States but unfortunately they didn´t arrive in Leticia on time. This is a good reason to go back to La Libertad and complete my work. I would love to go back soon!!

I had prepared some material to introduce the course before getting to the village. One of these was a cylinder that was used as a way to explain how an image on camera is formed. It is a device made from household materials where the viewer can see an upside down image through a tiny hole. This is the principle of the "camera obscura" at the very beginnings of photography.


In the image below the children take turns to look through the hole.

The children were surprised when they saw the upside down image inside the cylinder. They pointed the cylinder at the plants and others things that surrounded them. "Were you be able to see something?", I asked them. And  I know it is not easy to understand why an image is seen upside down, and it is hard to explain why.  Anyway this was part of the warm-up exercises before taking pictures with the camera.

The other strategy I used was to try to see when we only had a rectangle to look through. Children first drew what they saw through the rectangle. They could move it closer or further from the eyes. That way they can frame the image. 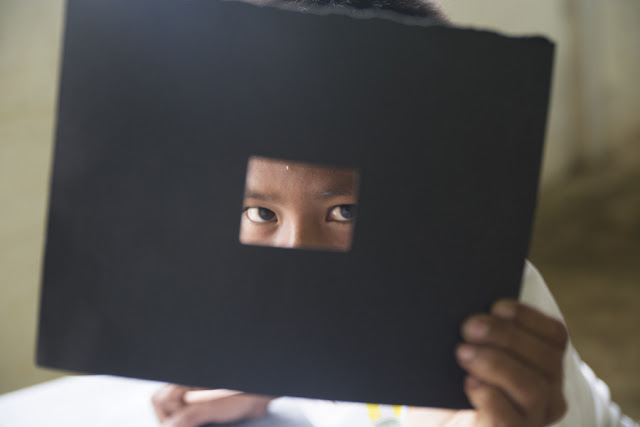 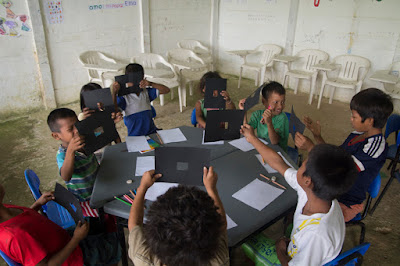 And now they are ready to use an actual camera!! "You have to see through this viewfinder on the camera.", I explained to them. And the most important question, "What can I take a picture of?"
We walked in the village to find subjects. Animals, people, places, plants... to just explore!! 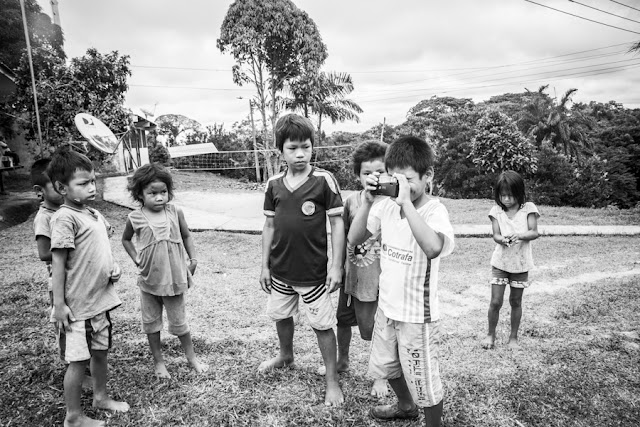 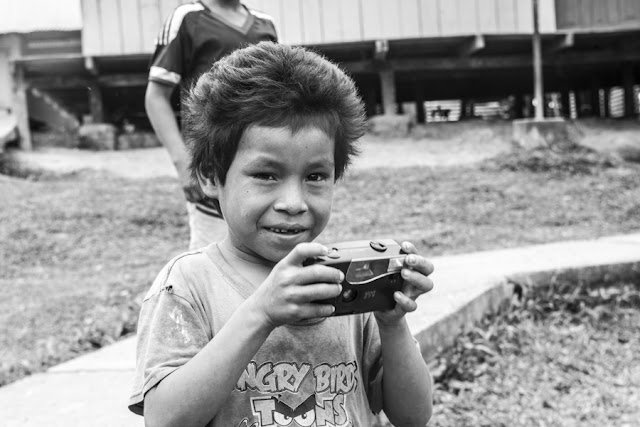 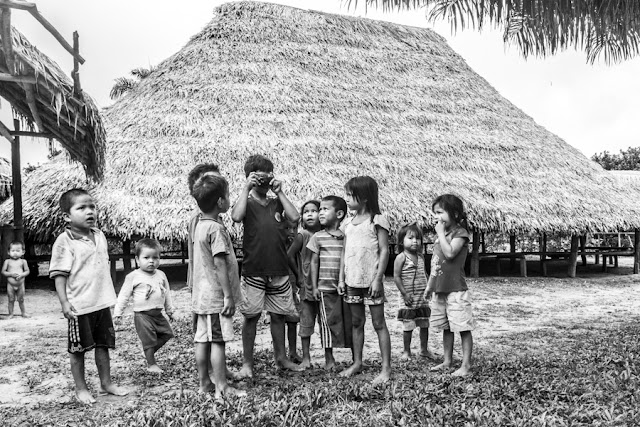 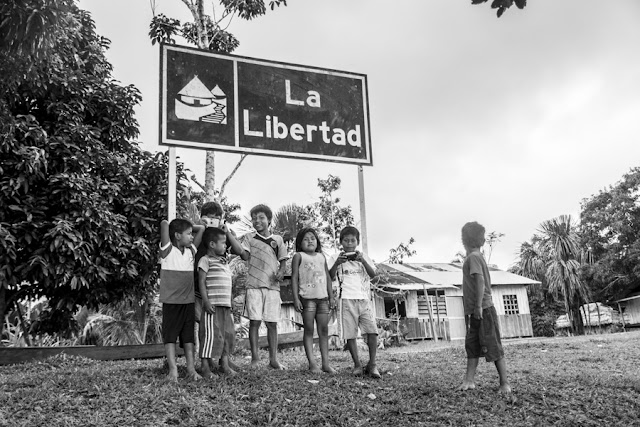 You might wonder: how about the results? Show me the pictures the children took!!  Well -I am in the process of developing the pictures. I hope the film works! 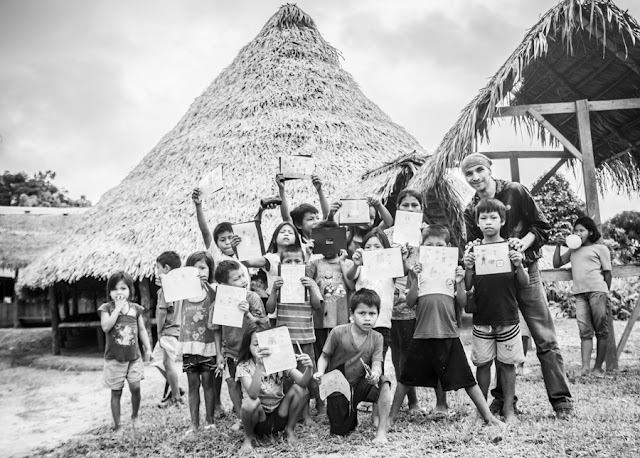