by Crystal Angulo
As some of you know, I am on the Board of Directors for “The Amazon Pueblo”, which is an organization that was started by my brother seven years ago in the village of La Libertad, Amazonas, Colombia, which has about 350 residents. 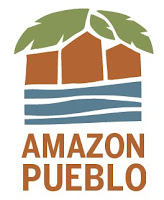 The Decision to Visit the Village

I visited the village 2 years ago, after going through a tough year following my divorce. My brother was at my parent's house visiting (while I was living there) and saw me ‘struggling’ through putting together a new budget to move into solo life, with line items such as “going out money” and “eyebrows/nails”. While I still believe this is responsible and real budgeting while living in North America, my brother said something along the lines of me needing a reality check and that I should come down and volunteer in the village with the project which he had started. Well, he was right. Shortly thereafter, I moved into my apartment and booked my trip down to La Libertad, Amazonas for that same November.

It was a life-changing trip for me. From putting my first-world problems into perspective and getting a small, yet true glimpse into what it is like to live without clean water, consistent access to food, or education. But the villagers continue to persist and survive in conditions that most of us are unaware of or lack the knowledge to truly empathize because we have not exposed ourselves to places such as these.


After my 10-day trip in November 2014, Ben, my brother and Executive Director of Amazon Pueblo, asked me to be on the board of trustees. Since then, I have helped put on 2 fundraisers for the project in California and participated in the online board meetings, read blogs, and tried to stay updated.  Ben pretty much is a one-man show and has dedicated his life to helping the people of Amazon Pueblo, something I know I could not do.

My Confusion About What "Amazon Pueblo" Was

However, to be completely honest, in these 2 years, I have struggled to figure out exactly what “Amazon Pueblo” does. I knew the ultimate goal was to help the villagers become a self-sustainable community and I’ve always been on-board with supporting it because I have met the people and heard their stories and knew they needed assistance.  However I always felt like the method of getting the people to become sustainable was changing or didn’t make sense to me as an outsider because there were so many moving parts or, what seemed like, side projects. 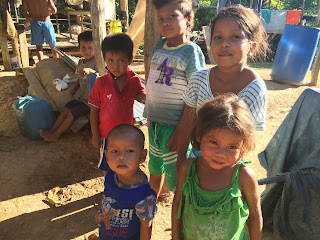 That may seem naïve of me to not truly know and understand the ways of an organization of a board I am on, but to be fair, I knew my brother was doing great work and that the money raised was going directly to the village (unlike many corrupt non-profits) and any manual labor was being done by actual villagers who would earn a wage).  I’ve seen the benefits to the village, and coming from a world of non-profits, the first several years of any new non-profit can be a bit wobbly with changes until it can finds its grounding or  ‘tipping point.’

With my current trip to La Libertad, one of my main goals was to understand what the is exact mission of ‘Amazon Pueblo’ and how it is going to achieve that mission. Ben and I obviously had a lot of time to talk about it, being with limited electricity, so I think I truly understand where our organization is now. In my opinion, I believe it’s fair to say that ‘Amazon Pueblo’ now has its’ legs.

The project now has a clear vision, which I don’t think it had before, because it couldn’t. I now understand (which I somewhat understood before, but not enough), that things are different here. As frustrating as it can be for North Americans, the people of the Amazon have a different history, live their every-day life differently, and envision their future differently.

An idea that may have been presented to the people of La Libertad in the beginning years of  Amazon Pueblo which the organization believed would be great for the future of the village, may not have been accepted by the villagers because they are not used to planning for the future, only day to day. Or, sometimes with frustration, an idea was presented by Ben that he and the chief of the village had worked out and about which the villagers were excited and said they were on-board because they wanted to change.  But then after the initial excitement they would not show up to a scheduled meeting or fulfill their role.

It also took about 2 years for many of the village people to even trust that Ben was actually a good guy and not in this for himself. It took this long for him to frequent the village and piece together from different people where the true issues laid and still lay- was it access to clean water? Education? Lack of leadership? Lack of access to real health care? Lack of jobs? Well, the answer is, it is ALL of these things and more.

So What Does Amazon Pueblo Actually Do?

Without complete buy-in from the entire village, progress cannot be made. This is where a lot of the difficulty comes in for Ben and the volunteers, the desire of the villagers for change, but the understanding that they all need to contribute and do the work.

The Amazon Project does not (and has not) want to raise money for ‘x’ and then walk away. Amazon Pueblo wants to educate and provide them with the skills needed to function together, create a profitable village of production, and for that business to be sustainable.

We want the people of La Libertad to look into their future and be excited that they can control it and have a future without constant parasites and sickness. Shifting the mindset alone of the people to being able to use the rich resources in their own backyard to create a profitable and sustainable business has taken the last 5 years- with many meetings, time spent with the villagers to build trust, and have them truly believe in and help create the solutions for authentic buy-in. Amazon Pueblo is the facilitator of this- a real grass-roots organization, to promote sustainability through socially-conscious business and then be able to turn everything over and walk away, knowing that the village has the skills to continue running their business for years and generations to come. To Amazon Pueblo, success is being able to walk away from La Libertad village knowing that they do not need our assistance anymore. In short, their success is our success. 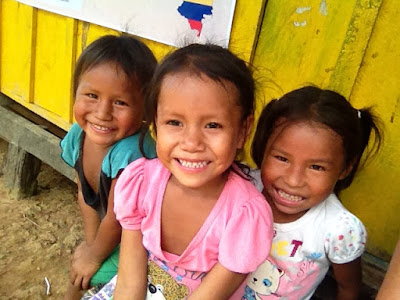